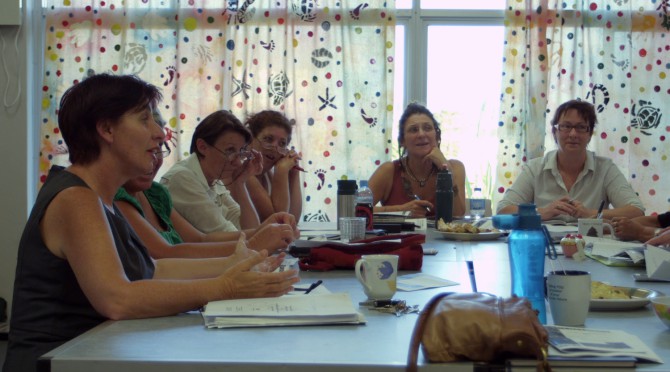 A compassionate, gently funny look at life and mortality through the prism of an Australian local government. Hier eine Besprechung: http://variety.com/2015/film/reviews/film-review-tender-1201430522/

Modern society no longer sees death as part of the cycle of life. The funeral ritual is now something we want to handle with haste. In Australia, funerals are big business. But a group of women from the community centre in the Australian industrial town of Port Kembla have decided to stand up against this impersonal trend. They want to return death to its rightful place in our lives; to treat the dead with respect and care, to place them in the ground and, for example, let the roots of trees grow through them. When one of the members of the group is diagnosed with cancer, their words and plans become deeds. The film proves that even a deadly serious topic can be presented light-heartedly and with humour.